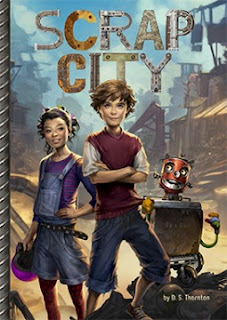 In this entertaining and fun novel by D.S. Thornton, our main character, Jerome, must save a secret underground city full a Scrappers from the new mall and neighborhood that's being built next door to its entrance.  When Jerome accidently stumbles upon this secret city, he's still dealing with the death of his mother and younger brother.  He finds a friend in a young Scrapper (people make of old pieces of junk that have come to life from the magical water that runs underneath the junkyard) named Arkie who introduces him to Smithytowne.  Jerome discovers that the new mall that is supposed to be built on top of the junk yard will prove detrimental to the lives of his new friends.  When the new mall will help the town, especially his dad, with jobs and money, how is Jerome supposed to help the Scrappers?

Much of Scrap City is spent in Smithytowne, which seems appropriate, but with the amount of time that Jerome spends with his new friends, I was constantly wondering why no one was missing him.  He dad was busy, yes, but he was attentive and expected his son home for dinner.  The timing never seemed right.  Jerome did so much underground and then still made it home before dark?  I kept expecting him to come out above ground and it would be the middle of the night.

Also, from the front cover, I expected his friend CiCi to be more involved.  Although she was important, she didn't really take on a big role until much later in the novel.

The adventure of finding this secret city  and curiosity about how it came about was what drove the novel. I thought the back story was well covered and not in a way that I felt like we just being given the history of Smithytowne for the sake of knowing it.  Part of the mystery and adventure was discovering the truth, which included the founding and growth of the Scrappers.

I think Scrap City is a book that kids would really enjoy.  Like I said it is adventurous, and even though there are some heavier moments while Jerome is processing and grieving his mother and brother's deaths, it isn't too heavy for most middle grade students. When it is released in October, I tend to have a copy of it for my students to read! 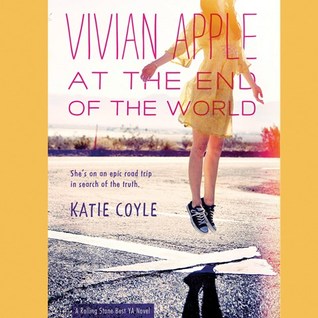